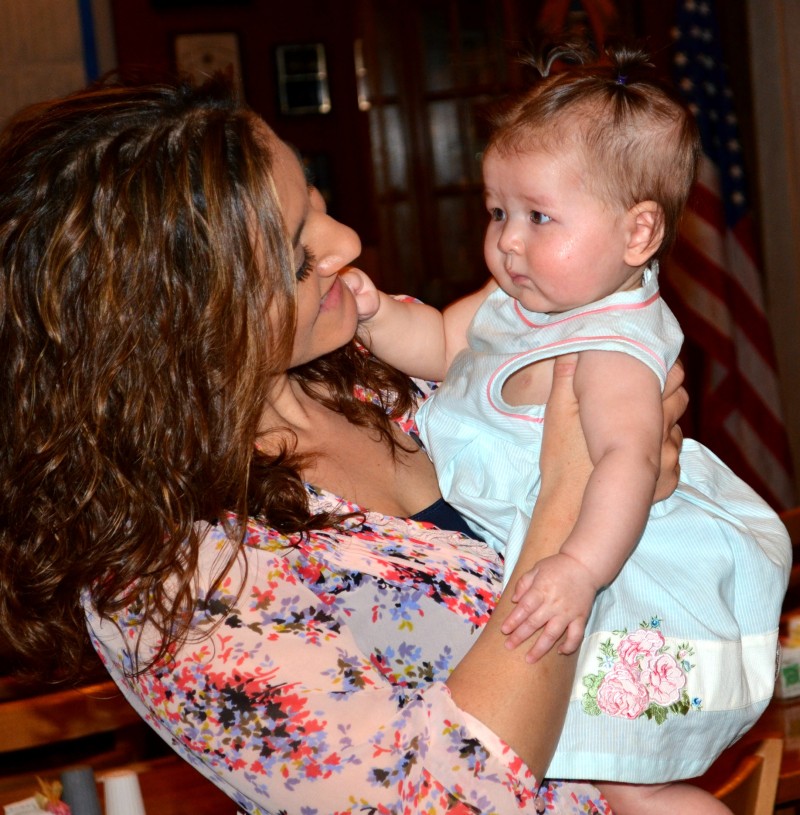 When I got pregnant with my daughter I had just overcome multiple miscarriages. The doctors told me my chances for another miscarriage increased. They also told me my chances of having another ectopic pregnancy had gone up 30%. I was told that, even if I did not miscarry, due to the weakened state of my uterus, they would have to take the baby at 34 weeks, that it would be in ICU for awhile, and that I could still rupture at any point during the pregnancy, which had a 50% chance of death to myself or the baby. Those were the bad reports.

GOD SAID that I would have a daughter, and that her name would be Grace. Little did I know how much grace would be needed for the pregnancy. First, the doctor wanted to check my HCG levels to make sure they were doubling. Check. Passed that test. Next, she wanted an early ultrasound to make sure the baby was in my uterus. Check. Passed that test. Next was a waiting game, as I was reminded that I had an increased risk of miscarriage. One Friday I did begin to show signs of miscarriage. I bled for 5 days, but at the first sign I made a stand that I would not fear, that I would only believe what God had said. It wasn’t my great faith, but His amazing grace that got me through that weekend (and that’s not me trying to be humble, but honestly, I called on His mercy each day because of the paralyzing fear that tried to steal my hope for the future by reminding me of the past).

I had to make a choice to live every day of my pregnancy in fear, or to live every day in faith, and in hope, trusting that God had healed my body, and that I would go full term. Praise God, I went full term! I even worked until a few weeks before the baby was due, and I had zero complications during my entire pregnancy! I want to give God all of the glory for what He did to heal my body, to restore me, and to give me the grace and faith I needed to overcome fear. God is still the healer, not just the healer of bodies, but also the healer of the broken-hearted! He has done both for me.

Do you have a healing testimony to share? There is nothing more powerful than a person’s first-hand, eye-witness account of what God has done in his or her life.